Skip to content
Multiple reports have come out detailing Google Stadia’s troubles that include everything from internal struggles on the development team to “tens of millions” of dollars spent on AAA games like Red Dead Redemption 2 to  development roadblocks created by Google itself.

Bloomberg reported that, despite all the hype built up by Google for Stadia’s reveal, gamers around the world were disappointed. This led to a lackluster launch and Stadia is said to have “missed its targets for sales of controllers and monthly active users by hundreds of thousands.”

Not even games from some of the best publishers like Ubisoft and Take-Two Interactive Software could help turn the tide for Stadia. Those games didn’t come cheap either, as sources from Bloomberg say it cost “tens of millions” of dollars to bring games like Red Dead Redemption 2 to the platform.

Wired also share some of the struggles at Stadia that ultimately led to the closure of Google Stadia’s internal studios. Many of these issues stemmed from Google creating roadblocks for these employees who were trying to staff up to build AAA games.

Google is known for its long and involved hiring process that can take anywhere from six to nine months. On top of that, Google had to change its hiring standards as it was looking to bring in game developers and hadn’t traditionally hired for those positions.

While there were around 150 employees impacted by the closure of Stadia’s internal studios, two sources had said the goal was to bring in over 2,000 over five years.

Instead of giving the devs the freedom to truly create what they wished, they were told to “design prototypes that showcased Stadia technology like Google’s cloud computing capacity or State Share.”

These issues were undoubtedly frustrating, but many felt secure in their positions at Google, with high paychecks and what felt like little fear of being laid off, which can be a rampant problem at other studios. Then the COVID-19 pandemic began.

Following the start of the pandemic, Google implemented a hiring freeze for all departments except a “small number of strategic areas where users and businesses rely on Google for ongoing support, and where our growth is critical to their success.” Gaming was not one of these areas.

“If the company was OK putting us on a hiring freeze, they were also OK with damaging our ability to build content,” says one source. “The studio was not yet fully formed and ready to produce games. That put on the brakes, and was a statement. We interpreted it as a lack of commitment from Google to make content.”

In late January, Google’s vice president of Stadia and GM Phil Harrison e-mailed employees and praised the platform’s technology, and said that “Stadia Games and Entertainment had made ‘great progress building a diverse and talented team and establishing a strong line up of Stadia exclusive games.'”

Five days later, Harrison gathered the employees and let them know the internal studios were shutting down.

VGC reported on a few of Stadia’s possible cancelled projects and proposals, and one of them was allegedly an episodic horror game from Kojima Productions. That particular proposal was said to have been “blocked by Stadia GM Phil Harrison last year.” Another was said to be from Shenmue’s Yu Suzuki.

A sequel to Journey to the Savage Planet was also said to be in the works by the team formerly known as Typhoon, and a multiplayer action game codenamed Frontier was being developed and was led by former Splinter Cell and Assassin’s Creed: Syndicate producer Francois Pelland.

A Google Stadia spokesperson responded to VGC’s story, saying that it does not “have anything, nor have announced anything, with Kojima or Yu Suzuki.”

“We talk to partners all the time in situations that don’t result in a project or even a proposal,” The spokesperson said of the alleged Kojima project.” This is very common. Speculating that two parties that speak regularly in this industry leads to proposals or otherwise, is inaccurate.”

Even though Stadia’s internal studios have been closed, Google has reassured those that own Stadia that the platform will get “more than 100 games” in 2021.

Have a tip for us? Want to discuss a possible story? Please send an email to [email protected].

Adam Bankhurst is a news writer for IGN. You can follow him on Twitter @AdamBankhurst and on Twitch.

It’s Sunday! Time to relax, browse some deals and save some money. Persona 5 Strikers is still discounted over at Newegg, so if you’re looking to dip your toes back into that universe, this is a great way to do so. Best Buy also has tons of TVs on sale, and any interested in playing Watch Dogs Legion is in luck, as there’s a giant discount on the PS5 and Xbox One version of the game. Did we mention that buying an Oculus Quest 2 at Newegg nets you a free $10 Newegg card? Because it does, and it’s a great little incentive to jump into the VR world. 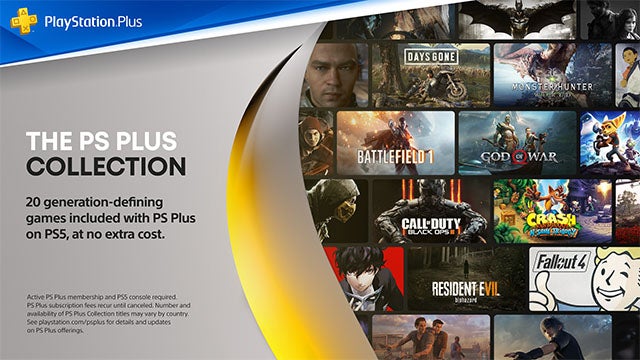 For those of you who aren’t PS Plus members, you can save up to 45% off a 1 year subscription now by using our coupon code. The PS Plus membership is necessary to play online, but it also offers perks like new free games every month, exclusive discounts at the PlayStation Store, and (for PS5 owners) access to the PS Plus Collection. The PS Plus Collection includes games like God of War, Persona 5, The Last of Us Remastered, Days Gone, Final Fantasy XV, Mortal Kombat, Ratchet & Clank, and more. StackSocial offers a slightly better deal but you’ll have to create an account to use the code. DailySteals allows you to use the code even with guest checkout. 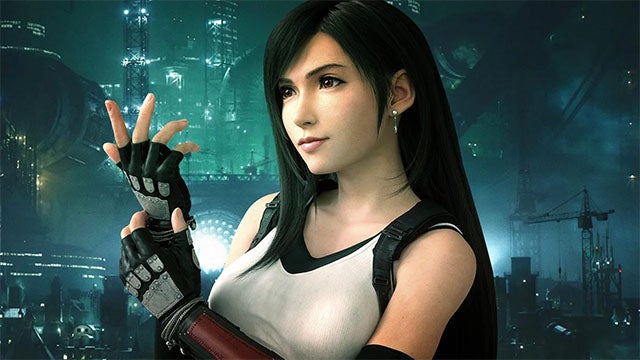 Final Fantasy VII Remake will be added to the PS Plus Collection, which is always available for PS5 owners who are currently subscribed to PS Plus. That’s great for RPG fans, since we now have both Persona 5 and FFVII Remake as part of the collection. The other free games will be Marquette, Farpoint VR, and Remnant: From the Ashes.

Last Chance to Get Control: Ultimate Edition for Free 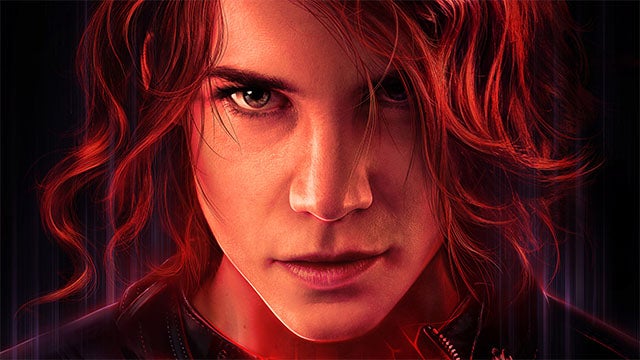 February’s free games for PS Plus members include Control: Ultimate Edition, which earned our 2019 IGN Game of the Year Award, Destruction AllStars and Concrete Genie. Starting March 2, a new crop of free games will replace these games and you’ll no longer be able to grab them for free.

The world of Pokemon is vast, and accessible in so many different ways. Whether it’s putting yourselves in the shoes of a trainer by battling in the trading card game in the real world; building your own squad of virtual Pokemon through the video games; or watching the adventures unfold in the TV shows, everyone has their own personal Pokemon legend and journey. However, one figure in the world of Pokemon stands head and shoulders above them all: Ash Ketchum.

This is somewhat surprising considering he has more publicly witnessed Ls than perhaps any other trainer in history. Yes, Ash Ketchum is the most well-known Pokemon trainer of all time, but he isn’t necessarily the best, which makes the whole “I wanna be, the very best” theme song kinda ironic. Failure has been a constant in Ash’s career and, more often than not, his rise to top of the ranks is cut short by another smarter trainer and their more powerful Pokemon. Sorry, Ash, you might be kinda washed.

In this video, to mark the 25th anniversary of Pokemon, we’re recounting some of Ash Ketchum’s biggest losses. Of course, we’re not just dunking on him for fun, there’s a lesson to be learned: Trying your best can be as rewarding as winning. Also maybe train your Pokemon better than this loser.

Treyarch has released a new update for Call of Duty: Black Ops Cold War, and almost all of it addresses issues players have encountered since Outbreak launched with Season 2. The ambitious new mode is a large-scale spin on Zombies, complete with its own story, so it’s hardly surprising that some rough edges needed to be fixed.

Outbreak received a general stability improvement as part of the update, particularly regarding objectives and both the Krasny Soldat and the Dragon Relic. You also shouldn’t see Mimics teleport away after they’re spawned from loot chests, nor should the HVT Megaton split when it’s hit by a vehicle.

A few other fixes were also included in the update, such as UI and tooltips not showing up correctly, and a player’s Operator model disappearing. It’s not the largest update we’ve seen in Call of Duty, but we got one of those just a few days ago. In fact, the file sizes for both Call of Duty: Black Ops Cold War and Warzone have gotten so large that players with 500GB PS4 systems may struggle to keep the games installed. This is especially true if they’re interested in playing anything else, as some of that 500GB is needed for the console’s operating system and can’t be used to store games.

Full patch notes for the update are below.

Want us to remember this setting for all your devices?

Riot Games has revealed a new agent for Valorant, Astra, who will be able to cause chaos with astronomy-themed attacks and a powerful Gravity Well ability. The agent, originally from Ghana, acts as a controller in matches and should help to keep the other team from making coordinated strikes. She’ll be live in the game on March 2.

One of the most unique aspects of Astra is her ability to soar above the map in order to get a better perspective, though you’ll be leaving her actual, physical body at risk of being attacked while you do so. Using her Astral Form, she’s able to place down stars that can then be turned into a Nebula, powerful Nova Pulse, or a Gravity Well that traps and damages those caught inside.

A new battle pass is also on the way, giving you more cosmetic unlockables for Valorant’s characters. It costs 1,000 VP, with the paid track giving you a Prism III Axe melee, Cavalier Vandal, Cavalier Operator, Make Some Noise spray, and Versus // Sova + Cypher card. A few freebies are available, too, including a Prism III Classic pistol and a Dumpster Fire spray.

As with Astra, the battle pass will be available on March 2. Valorant is free-to-play and only available on PC, and it received a substantial update earlier this month. Patch 2.03 added a new mode called Escalation, tweaked several agents’ abilities for balancing, adjusted weapons, and squashed bugs for a better experience. Thus far, it isn’t clear if Escalation will be a permanent mode yet.

If you’re a regular YouTube video and Twitch stream viewer or podcast listener, you’ve likely heard the term “VPN” a few times–ExpressVPN is a popular sponsor. But what exactly is a VPN, and what are they for?

In the video above, Jean-Luc Seipke discusses the ins and outs of a VPN, as well as why you might want to pay for one. Standing for virtual private network, a VPN is designed to both secure and encrypt a connection between two networks. That opens up personal benefits for their users, especially when it comes to video streaming.

You’ll have to watch the full video for a breakdown on VPNs in generation. If you do decide that a VPN is right for you, we recommend ExpressVPN, NordVPN, or IPVanish if you’re a gamer.