Skip to content
A Demon’s Souls remake is set to release for PS5 on November 12 (see it on Amazon). That makes it a launch title for Sony’s upcoming system. The game is a from-the-ground-up remake of original, which appeared on PS3 back in 2009. It was something of a cult favorite, but it didn’t sell all that well at the time (though IGN gave it a 9.4/10 in our review). Despite the slow sales, the game planted the seed for what would turn into a massively popular franchise for developer FromSoftware.

This Demon’s Souls remake was done by the Bluepoint Games, the same studio that remastered Shadow of the Colossus for PS4. The graphics have certainly gotten a massive upgrade, which isn’t all that surprising, seeing as it’s landing on a platform two generations removed from the original. It will also take advantage of the PS5’s next-gen features like super-fast load times, 3D audio, and haptic feedback on the DualSense PS5 controller.

If you’re ready to lock in a copy of PS5’s Demon’s Souls for yourself, you can do so right now. It’s up for preorder at a number of retailers. Here’s everything you need to know. 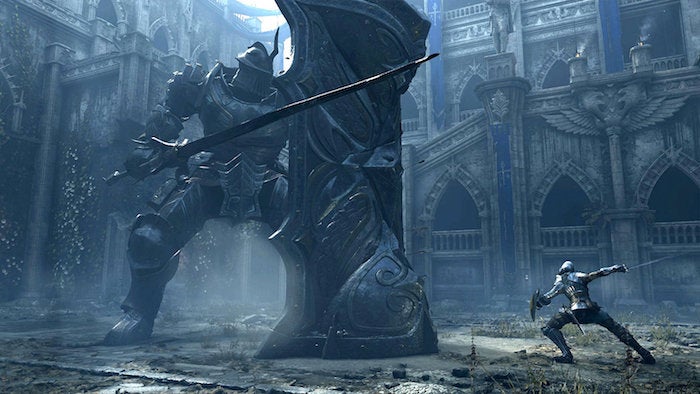 The standard edition comes with just the game itself, but that’s all you really need to fully enjoy the experience. 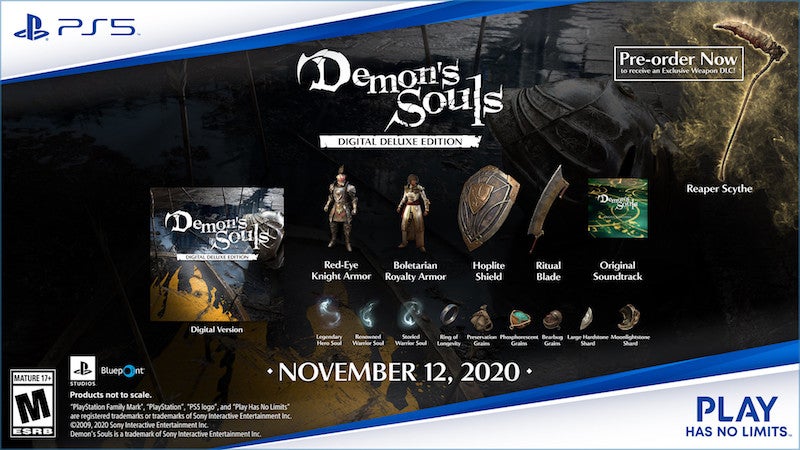 The PS Store-exclusive digital deluxe edition comes with the game, as well as the following digital items:

And if you preorder this edition, you get the Reaper Scythe shown in the upper right corner of the image above.

And if you’re looking to preorder other PS5 games (or Switch, Xbox One, or Series X|S), we have you covered there, too.