The Blackout Club is a cooperative horror game from Question, a studio built by industry veterans whose work includes BioShock 2, BioShock Infinite, and Dishonored.

The game follows a group of teens in a small town who “band together after learning they’ve all been temporarily losing consciousness.” None of the adult members of the community will speak to the kids about the incidents, including the disappearance of one of their close friends. Instead, the group launches its own investigation.

What they discover is “a hostile underworld” beneath their town, “populated by a clandestine group of adults.”

Characters are customizable, each “with a variety of powers and equipment loadouts.” Group members each have their own roles to play in gathering evidence to prove the crimes of the adults, including deploying drones and traps.

Variety reports that Manson will be replacing Josh Friedman, who left the show in January due to creative differences after writing the pilot.

“Graeme’s extensive background in the sci-fi genre coupled with his brilliant work behind Orphan Black made him the perfect choice for this series,” said executive vice president of original programming for TNT, Sarah Aubrey. “He is the best conductor to navigate the thought provoking and delicate themes of the series while bringing this frozen, futuristic world to life.”

The much-anticipated sequel to 2012s animated arcade game comedy Wreck-It Ralph was originally set to be released in March this year, but although fans will now have to wait until November to see Ralph Breaks the Internet, the first trailer for the sequel has now been released.

The movie hits theaters on November 21, with John C. Reilly, Sarah Silverman, and Jane Lynch all reprising their roles from the first film. The trailer shows Ralph and Vanellope plunged into the brave new world of the internet, with predictability (and hilariously) chaotic results. Check it out above.

Ralph Breaks the Internet is directed by Zootopia‘s Rich Moore and Phil Johnston, and the voice cast also includes Taraji P. Henson, Alan Tudyk, and James Corden. When the movie was first announced, the filmmakers spoke about their plans for it. “From the moment we started working on the first Wreck-It Ralph, we knew there were so many possibilities with these characters,” Moore said.

“This time, Ralph’s wrecking wreaks havoc on the Web–as only he can do. Characters we loved in the first film are back and we are ecstatic to be working with them–and the actors who voice them–once again. The world of the internet is the perfect place to send Ralph and Vanellope. The scope and scale are so vast and the possibilities for comedy are endless.”

Wreck-It Ralph was a big success. It made close to $50 million during its first weekend, outperforming Walt Disney Animation Studios’ previous record-holder, Tangled. The film went on to generate more than $470 million at the global box office against a $165 million budget, according to Box Office Mojo. It was nominated for an Academy Award for Best Animated Feature but ultimately lost out to Pixar’s Brave.

Warner Bros. Interactive Entertainment has announced Injustice 2: Legendary Edition, a new version of its superhero fighting game featuring the main game and all the downloadable content released since its original launch in May 2017.

Injustice 2: Legendary Edition will be available for PlayStation 4, Xbox One, and PC from March 27 and, along with the core roster, will have DLC characters Darkseid, Red Hood, Starfire, Sub-Zero, Black Manta, Raiden, Hellboy, Atom, Enchantress, and The Teenage Mutant Ninja Turtles playable from the outset.

With the launch of the Legendary Edition there will also be a number of enhancements to Injustice 2, including the introduction of an expanded tutorial called the “Learn Hub,” new gear for all characters, a raised level cap of 30, and a new augment slot that unlocks at level 30.

In GameSpot’s Injustice 2 review Peter Brown awarded it a 9/10. “With AI battles, online and local versus matches, the diverse and ever-changing Multiverse, and an impressive story mode, Injustice 2 offers numerous ways of engaging with its characters and testing your abilities without feeling repetitive,” he said.

“NetherRealm has delivered a fighting game that can be enjoyed by new players and pros alike in ways that go beyond pure competition. It’s a bar that every fighting game should meet, but one that has up until now seemed out of reach.”

Super Mario Odyssey’s huge wealth of content doesn’t mean that further DLC is out of the question, but it would need to be a “really cool idea,” says producer Yoshiaki Koizumi.

In an interview appearing in Game Informer’s March issue – via Gaming Bolt – Koizumi discussed the massive amount of content in the game, before talking about the possibility of future DLC.

“There’s a lot of volume in Super Mario Odyssey. That was a big focus in development: give the player loads to do,” he said.

Auto Royale pits up to 30 teams of four in a battle where only one vehicle can be left standing. Players can find useful items like weapons, ammo, power-ups, and fuel scattered throughout a map as they eliminate the opposition.

The mode also features two new vehicles and a new weapon only available in Auto Royale. The armored recon vehicle is a stable option great for news players, while the sedan is a speedy and agile option best suited for more skilled players. The Light Machine Gun is the new weapon, and it deals more sustained damage than any other firearm in H1Z1.

There are two DC movies currently set for release in 2019–Shazam and Wonder Woman 2. The first of these is currently in production, and the first on set image of Shazam himself has now been revealed. The image was posted on Reddit and it shows star Zachary Levi wearing the character’s classic costume. The set dressing suggests that the scene in question is set at Christmas–you can check it out here.

We might not long have to wait until we see the first official image of the character however. Last week director David F. Sandberg predicted that an on-set image might leak from the shoot, and told fans on Reddit, “if someone had managed to snap a shot of the suit last week when we were shooting outside they would have released an official pic right away. Since we got away with it they want to do more of an official thing. And it’s right around the corner.”

Shazam also stars Asher Angel as the character’s young alter ego Billy Batson, and Mark Strong as the evil Doctor Sivana. It hits theaters on April 5, 2019. Earlier this month, a synopsis was released, which confirmed Sandberg’s earlier hints that the movie will have a more lighthearted tone than many of DC’s movies.

The synopsis reads: “We all have a superhero inside us, it just takes a bit of magic to bring it out. In Billy Batson’s case, by shouting out one word–SHAZAM!–this streetwise 14-year-old foster kid can turn into the adult superhero Shazam, courtesy of an ancient wizard.

“Still a kid at heart–inside a ripped, godlike body–Shazam revels in this adult version of himself by doing what any teen would do with superpowers: have fun with them! Can he fly? Does he have X-ray vision? Can he shoot lightning out of his hands? Can he skip his social studies test? Shazam sets out to test the limits of his abilities with the joyful recklessness of a child. But he’ll need to master these powers quickly in order to fight the deadly forces of evil controlled by Doctor Thaddeus Sivana.” 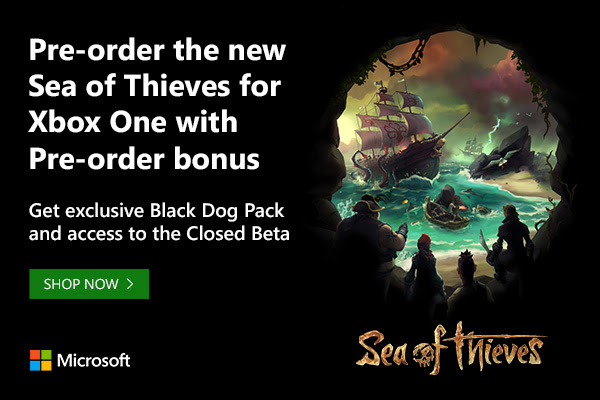 Activision has announced plans to release remasters of its past titles this year, lending weight to recent rumours of a Spyro the Dragon Trilogy remaster.

The company has released its annual investor report, which includes the intention to mine the Activision IP library as part of its plans for the second half of 2018.

“We expect to release World of Warcraft: Battle for Azeroth and our latest Call of Duty game in the second half of 2018,” reads the report. “In addition, we expect to deliver ongoing content for our various franchises, including expansion packs for Hearthstone and Destiny 2, in-game events for Overwatch, and map packs for Call of Duty: WWII, as well as releases of remastered versions of titles from our library of IP

If you’re still using a wired headset, we’re here to help set you free. These are our picks for the best wireless headsets!