The first details about Santa Clarita Diet Season 2 have arrived and they point to a much more populated world in Season 2. The Drew Barrymore-starring zombie horror-comedy first premiered in February 2017 and will return in the spring with some new faces.

Netflix has announced that Joel McHale, Maggie Lawson, Gerald McRaney, and Zachary Knighton will all guest star in the new season. McHale and Lawson play married realtors that happen to be more successful than Sheila (Barrymore) and Joel (Timothy Olyphant). Meanwhile, McRaney will play a retired army colonel named Ed Thune, who intimidates Joel. Knighton will appear as Paul, who has been tasked with finding out the truth about the undead.

Naturally, that could cause some serious problems for neighborhood zombie Sheila. Then again, all of these new additions could also be tasty treats for the flesh-eating realtor.

A synopsis for the show’s return reads, “Picking up right where we left off, Season 2 of Santa Clarita Diet finds the Hammonds trying to adapt to Sheila’s now-advanced undead state–even though she’s desperately working to hold on to her suburban lifestyle and not be defined as just another monster. Unfortunately–while the family has become markedly better at murder–the number of missing people in Santa Clarita is starting to pile up and it’s no longer going unnoticed. Meanwhile, the Hammonds are chasing the source of the virus so they can stop it from spreading and save humanity–which seems important. Through it all, Sheila and Joel are grounded by their unconditional love for one another. Sure, being undead–or loving someone who is–isn’t always easy, but don’t all relationships have their challenges?”

Returning alongside Barrymore and Olyphant will be Liv Hewson, who plays the couple’s daughter Abby, and Skyler Gisondo in the role of Eric–the boy next door that also happens to have a crush on Abby. Santa Clarita Diet‘s Season 2 premiere date has yet to be announced by Netflix, but you can check out the first photos from the new episodes above.

The quirky crossover costumes continue in Monster Hunter: World, but unlike the previous Horizon Zero Dawn armor–which was an understandable fit for Monster Hunter–this new Street Fighter V set is a bit of a surprise. Have you always wanted to hunt monsters as Ryu? Your wish has been granted. The quest to unlock the Ryu gear is relatively simple, but if you’re curious about how the process works, we’ve outlined the timing and quests below to access the extras. It’s worth noting that the Street Fighter V gear is only available on PS4 currently for people with a Street Fighter V save on their system, and will be available on for others on PS4 and Xbox One later.

Ryu is the first of two Street Fighter V armor skins available now for the game; Sakura is the second and will be available at a later date. Like the Aloy gear, you’ll have to wear the entire Ryu set together–you can’t just wear the pants or chest alone. And the set will also alter your appearance so that your character looks like the legendary wandering shotokan fighter.

To unlock the Ryu armor, you must complete a quest called “Down the Dark, Muddy Path,” which you can find at the Arena Quest Board in the Gathering Hub. The quest is a three-star mission that requires a Hunter Rank of 3 or higher. You only have access to the following loadouts: Greatsword, Dual Blades, Hammer, Gunlance, and Heavy Bowgun. It’s also important to note that the quest is only available for a limited time, until March 1.

Since the quest battle is in an arena, slaying Barroth has been scaled up to fit the space. As a result, its hit boxes are much larger, so make sure to dodge accordingly. In addition, avoid hitting its head, as that’s where its armor is the thickest. Once you’ve defeated Barroth seven times, simply take all the Street Fighter V tickets you’ve earned to the Smithy to craft the Ryu gear. Check out the screens above for a more visual break-down of where to find everything.

Monster Hunter World’s second Horizon event begins on February 28. Like the previous quest, it will be exclusive to PS4 players. The mission this time around will be to hunt a giant Anjanath, and the reward will be materials to craft Aloy’s bow and armor. Equipping the armor will change your appearance to look like Aloy, regardless of your hunter’s gender.

There’s a moment in episode 3 of Netflix’s new iteration of Queer Eye when the veneer of a glossy makeover show slips, and we see a microcosm of America contained in one fraught interaction.

First, some background: The series follows five gay men — Food & Wine connoisseur Antoni Porowski, Interior Design expert Bobby Berk, Culture consultant Karamo Brown, Grooming pro Jonathan Van Ness, and Fashion phenom Tan France — who spend a week helping transform the lives of people (not just straight guys this time around) who need a little help, whether that’s in their social interactions, wardrobe, diet, lifestyle or, most often, all of the above. After five days of advice, confidence-building and some truly excellent decorating, the “Fab Five” leave their “hero” to try and put their wisdom into action, hopefully learning a thing or two about self-love in the process.

The Handmaid’s Tale: Season 2 has cast Get Out star Bradley Whitford in a recurring role.

Deadline reports Whitford will portray Commander Joseph Lawrence, the gruff and intimidating architect of Gilead’s economy. The character is described as a mysterious presence for his newest Handmaid due to his flashes of kindness. Whitford is known for his roles as Dean Armitage in Get Out and Josh Lyman in The West Wing.

The second season of Hulu’s hit series will focus on Offred’s pregnancy and her battle to free her future child from Gilead’s dystopian society. The show will return on April 25 with two new episodes premiering on Hulu. Each subsequent episode of Handmaid’s Tale’s 13-episode season will be released on Wednesdays.

With WrestleMania 34 right around the corner, here’s who “Rowdy” Ronda Rousey might clash with on the Grandest Stage of Them All. 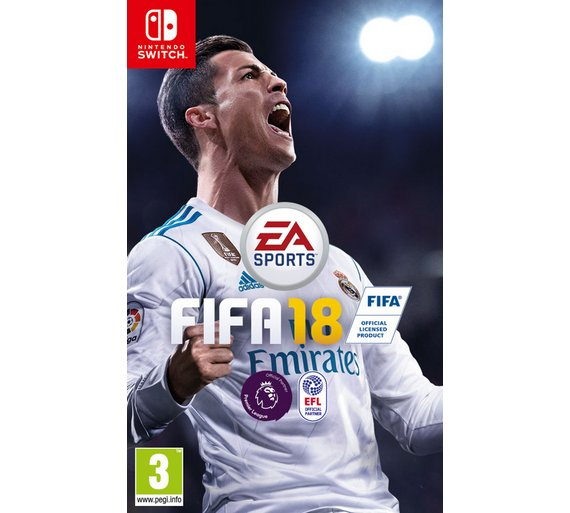 Play EA Sports FIFA 18 on your Nintendo Switch, as the Amazon price for this game went down once again. Buy it and save more than £20.00.

One of the biggest questions going into Ubisoft’s next entry of the Far Cry series is just what exactly is changing in Far Cry 5. It’s a fair question, and while Far Cry 5 will definitely be familiar to those who’ve come to know the series, there are quite a few new elements that modify the core gameplay.

As part of our deep dive into Far Cry 5, I got to go roughly 15 hours of hands-on gameplay with the impressively sprawling slice of Montana, and I took note of a few big changes and several smaller ones that expand the game in new ways. While I can’t talk about everything, and I’m sure there are things the I didn’t spot – it’s a big game, after all – you can watch the video above to see everything I know is coming your way on its March 27 release.

As it does occasionally, Rockstar is providing a welcome freebie to players of Grand Theft Auto V. Players will be able to get some free money in GTA Online for a limited time, and in a roundabout way, everything available for sale will be discounted.

Attributing this to a move by the fictional San Andreas Treasury Department, Rockstar has announced a stimulus package for all players on PC, PS4, and Xbox One. By logging into GTA Online between now and February 26, you’ll qualify for $250,000 of in-game cash. This won’t be handed over immediately–you can expect it to reach your Maze Bank account sometime between February 27 and March 6.

In addition to that, Rockstar has kicked off a promotion that requires you to have GTA money now but will save you some in the long haul. Any in-game cash you spend from now until February 26 will get you a 10% refund (for example, spend $500,000, and you’ll get $50,000 back in the bank.) The most you can earn back through this promotion is $1 million, though that’d require you to spend a whopping $10 million. The refund will be delivered on February 27.

You can stack this offer with this week’s new sales, which include 25% off Executive Offices, all 10-car properties, and the Nagasaki Buzzard attack helicopter, among other vehicles. It’s also not too late to take advantage of some of the other bonuses going on in GTA 5 this week, which coincided with the release of a new vehicle, the Vapid Hustler.

In an interview with Variety, Feige discussed the possibility of getting more Black Panther movies, teasing there are still plenty of stories to tell about Wakanda and its ruler. Though Feige made sure to emphasize Marvel Studios only works on one project at a time, he believes fans haven’t seen the last of T’Challa in his own standalone film.

“We always say we work on one movie at a time,” Feige said. “If you have any good ideas, put it in the movie you’re making. If you don’t, you might not be able to make another one. That said, Panther has been around for more than half a century in the comic books and there are many, many stories to tell.”

In news that shook this writer to the core more than he expected, McDonald’s is aiming to reduce the number of calories in its Happy Meals, and the humble cheeseburger is taking the hit.

As reported by USA Today, McDonald’s plans to have all US Happy Meals reduced to 600 calories by June this year, with half of its franchises across the world hitting the same threshold by 2022. Currently, in 20 countries, only 20% of Happy Meal combos meet the new standard.

The upshot is that cheeseburgers will no longer be a part of the standard Happy Meal line-up – although they can be provided on request.