When Elden Ring finally, finally showed off gameplay, there are a few things you probably could have guessed would be in it. Giant, screaming, multi-limbed kings, whispering hooded figures, a dragon the size of a supermarket – check, check, check. But surely, no one could have foreseen little walking pots – and that surprise has led the famously exuberant Elden Ring subreddit to claim the creatures as their own.

After waiting two years for gameplay – and inventing their own game along the way – you’d have expected the subreddit to be a swathe of gameplay breakdowns and clue gathering 12 hours later. And yes, there’s a bit of that – but there’s also a hell of a lot of praise for the pot guys.

Having appeared in less than a second of video footage, and a screenshot (below), the Pot Lads, or Vaseboys, or Urnbros, have immediately garnered memes, fanart and unofficial mascot status in the group. 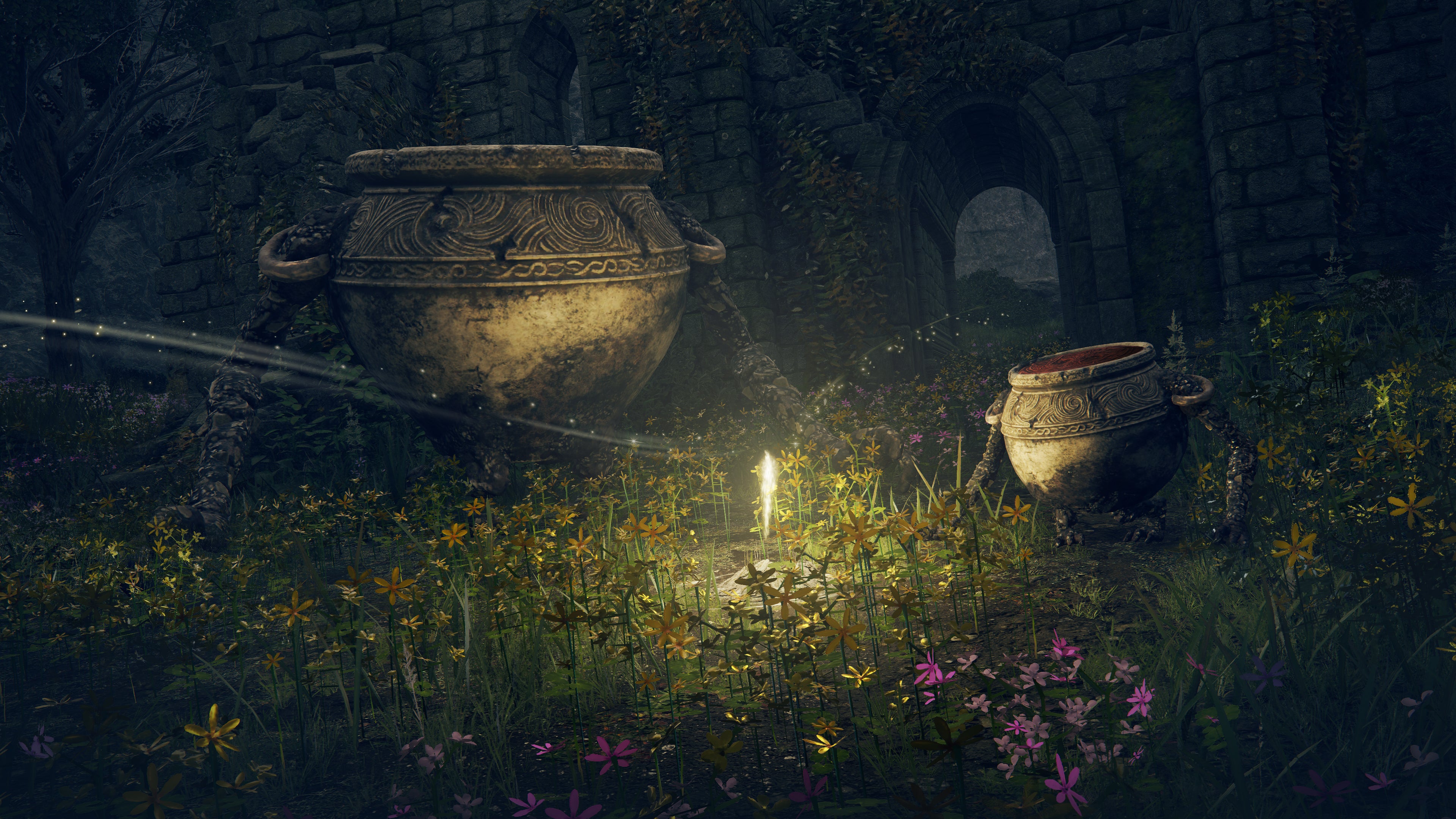 Wild-Capuccino sums up the general response: “I love them so much!” JetStream0509 agrees: “Fromsoft once again proves that they are the best in the biz when it comes to enemy design.” And BrotherCataract has thought a step beyond that first reaction: “If the funny little vase gremlins turn out to be annoying enemies I don’t know what I’ll do”

Of course, the fanart soon followed, with some lovely takes on the creatures now beginning to fill the subreddit.

It’s not just their bizarre cuteness that’s excited fans – they also speak to some FromSoftware gameplay staples. “I don’t know why he hyped me so much. More mimic-like enemies, it will be so greatly frustrating,” wrote Verystrangeperson. “Go to roll through some vases and one of these f**kers grabs you and holds you inside it to take a bite then hertz your ass. The devs know we like rolling,” added Fallentitan98.

We shouldn’t have to wait too long to find out exactly how heartbreaking or satisfying it’ll be to destroy Elden Ring’s potpeople population, with the game now set for a January 21, 2022 release date. We learned a lot more about the game yesterday, too – from its weather to dynamic weather to its different location types across a seamless open world.